What Makes an Article a Popular Source?

These sources are called popular because they are written for the general public. The articles can be read and understood by most people even those who have little or no knowledge on the topic. Popular sources are usually written with the purpose of entertaining, informing, or providing fact based coverage; however some publications may have a clear or subtle bias which can influence their coverage of a topic. Advertisements are very common in popular sources. 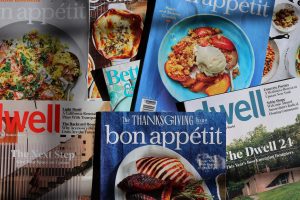 Magazines usually have a subject focus such as fashion, music, or business. However many magazines include articles about news and current events in addition to articles about their subject matter focus. Articles are written by staff writers or editors who work for the magazine. These authors may or may not have any expertise or education in the topic that they write about. Many magazines include opinion articles or letters to the editor. Often articles will be labeled as such, but they may not always be, especially if you are looking at a web based article.

Newspapers generally report on a wide range of topics such as politics, art, sports, and economics, but there are subject specific newspapers that report primarily on one topic such as finance. News articles are written by journalists, staff writers, and editors. These authors may or may not have expertise or education related to their article topics, however, reputable newspapers usually employ journalists who have knowledge and experience researching the topics they write about. News articles are intended to information readers, but many newspapers include opinion articles or letters to the editor. Often articles will be labeled as such, but they may not always be, especially if you are looking at a web based article.

Photo by May Gauthier on Unsplash

Digital Information Skills for Community College Researchers by Serene Rock is licensed under a Creative Commons Attribution-NonCommercial-ShareAlike 4.0 International License, except where otherwise noted.