College students are faced with multiple obstacles they must overcome when it comes to mental illness. Mental illnesses or mental disorders often change and impact one’s mood, behavior, and thinking processes on a daily basis. Some of the most common illnesses affecting college students include depression, anxiety, ADHD, and many different kinds of eating disorders. All of these illnesses are treatable, can be diagnosed by a medical professional, and include accessible help through multiple platforms. Someone suffering from these illnesses can obtain guidance and relief through therapeutic counseling, medication, and even by talking to a good friend.

Depression can come in many different forms. This is especially true for teenagers and people in their early twenties. Research has shown that people in those age ranges are 16% more likely to get depression than any other age group. You may ask how depression impacts college students? In fact, the majority of college students are in that age range making it more likely for depression to occur. Also since the majority of college students are locked away in their rooms doing schoolwork or at work trying to afford college. They are more likely to become lonely and distant which is a big factor leading to depression. How does one know they have depression? Well, you can either self-diagnose by viewing your mood and day and comparing it to symptoms or you can see a therapist or doctor. 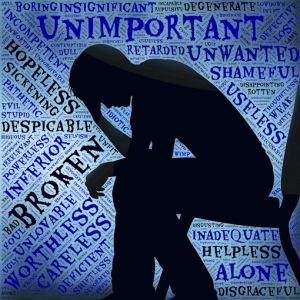 What are some ways to get help with depression?

-There is the 24/7 suicide hotline which is a number to call when one is feeling depressed or suicidal where people will talk to you and guide you on what to do. The number is 800-273-8255.

– Going to see a therapist can help by talking through your depression and trying to find the source.

– If you are looking for a medicine route to a fix there are many different forms of anti-depressant medications. In order to get a prescription one must see a psychiatrist and for follow-ups to make sure the dosage is correct.

Anxiety is the body’s response to stress and stress-related experiences. Fortunately, anxiety is something that’s experienced by everyone in their lifetimes. For many people, the sentiments of worry come and go, but for others, it may last weeks, months, and even years, thus affecting day-to-day life and activities. When these feelings of anxiousness begin to interfere with daily life, it is possible that there’s an anxiety disorder involved. When feeling anxious, the body goes on high alert and activates the flight or fight response which is also accompanied by feelings of fear or dread about what’s to come. Other symptoms include restlessness, increased heart rate, difficulty falling and staying asleep, and more. Not all people experience anxiety and its symptoms identically, therefore it’s important to understand the numerous different symptoms. 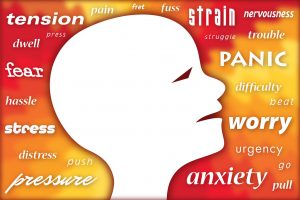 What are the common symptoms?

The symptoms of anxiety are not limited to restlessness, increased heart rate, difficulty falling, and staying asleep. Symptoms also include:

Why are students faced with anxiety? What are the types of anxiety disorders?

Anxiety is prevalent in college students for multiple reasons. Students in college are in the process of a major life transition. Not to mention the stress the academic environment instills and the difficulties of juggling extracurricular activities, having a part-time or full-time job, and managing large amounts of coursework. Despite these realities, doctors don’t have a complete understanding of what causes anxiety disorders. Currently, it is believed that anxiety is caused due to traumatic past experiences, genetics, and underlying health issues. There are several forms of anxiety disorders; these include, but are not limited to:

How is anxiety treated?

If you or someone you know is struggling with anxiety and believe that help is needed, it’s best to visit a psychologist to be diagnosed with the condition. If it is severe, it may need to be treated with medication that can be obtained through a psychiatrist. If medication isn’t required anxiety can be treated with talk therapy alone. Sometimes it’s tough to find the right therapist, but you’ll know they’re right for you if you feel comfortable discussing your anxiety with them. If therapy is not an option, there are at-home treatments and other coping mechanisms for this disorder. The Anxiety and Depression Association of America (ADAA) provides a directory of support groups for individuals battling with anxiety and other mental health issues. The Mayo Clinic Anxiety Disorders page provides helpful tips for coping with anxiety, such as discovering possible triggers of stress, and learning how to manage your time wisely.

Attention deficit hyperactivity disorder or commonly referred to as ADHD is a neurodevelopmental disorder where individuals act impulsively and find it hard to focus and complete tasks. Individuals may also find difficulty “fitting in” when it comes to social situations. This is usually due to a lack of patience or always being in a constant state of motion.

There are only three types of ADHD and they are as follows:

About half of adolescents with ADHD have some history of social rejection compared to roughly 10-15% of adolescents who don’t have ADHD. Having trouble with social skills can make it hard for people with ADHD to ask for help when it comes to school as they often fall behind because they cannot pay attention. Students with ADHD also are at an increased risk to abuse substances such as alcohol and cannabis. With this increased rate of substance abuse getting treatment becomes even more difficult.

Even though ADHD is one of the most studied and diagnosed mental disorders in adolescents there is no concrete evidence stating what causes it. It is believed that genetics plays a key role in having ADHD though as most children who have it inherit it from their parents. It is also theorized that social factors and environment play key roles in developing ADHD as well. As for symptoms, the most common ones are

As for getting help with ADHD, there are many options. Counseling is seen is the less controversial option as totally removing the negative outcomes of ADHD is almost impossible. Medication is also used as a treatment in conjunction with counseling or by themselves. Some common types of medication for ADHD are; stimulants, atomoxetine, and even antidepressants

Eating disorders are a form of mental illness where one forms an unhealthy relationship with food and eating behaviors, whether that means too much or too little. Eating disorders affect all people, regardless of age, gender, ethnicity, orientation, or any other defining category. Eating disorders can be typically seen through one’s infatuation with food and food consumption or obsessing over body weights, shapes, and sizes. Fortunately, despite eating disorders being so common and affecting anyone, they are treatable. 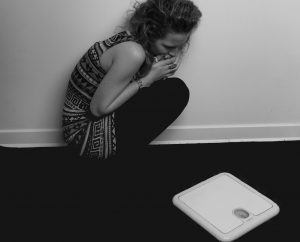 Although there are many kinds of eating disorders, there are a few that are seen most frequently. They consist of:

Eating disorders can be caused by a majority of factors, most notably psychological and biological factors. Eating disorders can stem from outside influences, such as societal pressures, typically leading to depression and anxiety. However, they can also be passed down genetically, and are typically found to run in families.

While eating disorders can stem from, or cause other mental illnesses such as anxiety and depression, they are completely treatable. Some common forms of treatment include psychotherapy, medications, medical care/monitoring, and nutritional counseling.

In conclusion, mental Illnesses are quite serious and can affect others in a variety of different ways, such as the few described above. Whether that be shown in one’s behavior, actions, or day to day life experiences, mental illnesses can cause drastic effects to those affected by them. While this may seem daunting, it is important to know that many others face similar situations, and treatment is readily available. Regardless of the mental illness, one may face, such as depression, anxiety, ADHD, or eating disorders, treatment is easy to find, and available to all.

The Anxiety and Depression Association of America (ADAA) provides a directory of various support groups for individuals battling with anxiety and other mental health issues, such as depression and eating disorders.

The Mayo Clinic Anxiety Disorders page provides helpful tips for coping with anxiety, such as discovering possible triggers of stress, and learning how to manage time wisely. The site also shows various treatment options for each anxiety disorder, and what one can expect to hear from their doctor.

The Mayo Clinic Eating Disorder Treatment Options page provides helpful treatment options, and information for those looking for different ways and options to manage eating disorders such as bulimia, anorexia, binge-eating disorder, or any other eating disorder.

The National Suicide Hotline can be reached at the number 800-273-8255, has workers readily available twenty-four hours a day, seven days a week. These workers are available to anybody who needs somebody to talk to when contemplating suicide, or just needing assistance.