Minerals make up about 4% of your total body weight; however, they have many functions and play an important role in your body. Minerals serve as structural components of bones and teeth, as enzyme cofactors, assist with nerve impulses, and help support the immune and circulatory system. In this chapter, we’ll take a look at how your body uses minerals to support good health.

Minerals are inorganic elements that come from the earth (water, soil, plants). They are classified based on the amounts needed for human metabolism. Those that are needed in large amounts are called major (also called macro). Major minerals are also found in larger amounts in the body and are required by adults in amounts greater than 100 mg per day. On the other hand, trace (also called micro) are needed in smaller amounts and are sometimes further divided into an ultratrace. Adults require trace minerals in amounts of about 1-100 mg per day, and ultratrace elements are required by adults in amounts less than 1 mg per day. It is important to note that the quantities needed are irrelevant to a mineral’s importance as both macro and trace are necessary for optimal metabolic function.

Calcium plays a vital role in the body. About 99% of it is stored in bone tissue. The most well-known calcium function is to build and strengthen bones and teeth. Calcium plays several vital roles in the body, including bone (skeleton) mineralization, muscle contraction, and blood clot formation. Calcium is also needed to help secrete hormones and enzymes and to send messages through the nervous system. Blood calcium levels are controlled very carefully so that if blood levels drop, the body will rapidly respond by stimulating bone resorption and releasing stored calcium into the blood. Different hormones regulate calcium levels; parathyroid hormone and calcitriol work together to increase calcium levels in the blood, while calcitonin does the opposite and decreases blood calcium levels. Low calcium levels can lead to osteoporosis and bone fractures.  The body needs about 1000-1200 mg of calcium a day to maintain levels. Sources of calcium include dairy products, leafy vegetables, legumes, sardines, and fortified orange juice. Certain factors can impact calcium absorption. For example, vitamin D improves calcium absorption. Other components in foods such as phytic acid and oxalic acid (found in spinach, collard greens, and beans) can inhibit its absorption. For people who eat a variety of foods, these factors have little effect on nutritional status.

Phosphorus is the second most abundant mineral in the human body. About 85% of it is housed in the skeleton. In addition to serving as a primary mineral in the skeleton, phosphorus in the form of phosphate is a component of the backbones of RNA and DNA, the cellular energy-storing molecule, adenosine triphosphate (ATP), and phospholipids. Phosphorus deficiency is rare. Phosphorus can be found in foods (organic phosphorus) and is naturally found in protein-rich foods such as meats, poultry, fish, nuts, beans, and dairy. Phosphorus that has been added to food in the form of an additive or preservative (inorganic phosphorus) is found in foods such as fast foods, canned and bottled drinks, ready to eat foods and most processed foods. The absorption of phosphorus varies by dietary source; food additives are more readily absorbed. The recommended intake of phosphorus is 700 mg per day. The UL set for phosphorous is 4,000 milligrams per day for adults and 3,000 milligrams per day for people over age seventy.

Approximately 60% of magnesium in the human body is stored in the skeleton, making up about 1% of mineralized bone tissue.  Magnesium is involved in many body functions, including bone mineralization, enzymatic reactions, platelet activity, and calcium regulation. A magnesium-deficient diet is associated with decreased parathyroid hormone levels and vitamin D activation, leading to bone remodeling damage. Magnesium is found in most foods. Foods high in magnesium include nuts, seeds, and wholegrain cereals. Food processing, such as refining whole wheat, substantially reduces its magnesium content (by over 75%). Leafy green vegetables also provide a significant magnesium amount; the chlorophyll is found in the vegetables containing magnesium. Legumes, lentils, spices, seafood, and dairy products also contribute to dietary magnesium. The recommended intake for magnesium is 420 mg per day for an adult male and 320 mg per day for an adult female.

Sulfur is a major mineral, but it does not function independently in the body as a nutrient. Sulfur is found in the body as part of the structures of vitamins (biotin and thiamin) and sulfur-containing amino acids (methionine, taurine, and cysteine) lipoic acid, among other compounds. Due to its presence in amino acids, sulfur is commonly found in protein-containing foods and body proteins, especially in nails, skin, and hair. There is no recommended intake or deficiencies for sulfur when protein needs are met. Sources of sulfur include animal proteins like meat, eggs, and dairy. 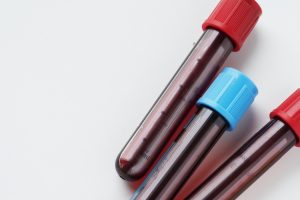 Iron provides many functions in your body. Hemoglobin is a protein that carries oxygen from the lungs throughout the body.  It is also part of myoglobin, a protein that provides oxygen to the muscles. Iron is also needed to make some hormones. Over 65% of body iron is found in hemoglobin, up to 10% is found as myoglobin, about 1-5% is found as part of enzymes, and the remaining body iron is found in the blood and storage. Iron is found in foods in two forms: heme and nonheme. Heme iron comes from hemoglobin and myoglobin and is found in animal products, such as meat, poultry, and fish. Nonheme iron is the main form of iron in plant foods, especially whole grains, nuts, legumes, lentils and peas, fruits and vegetables, and tofu. Iron from plant sources is absorbed better when eaten with foods such as meat, poultry, seafood, and foods that contain vitamin C, such as citrus fruits, strawberries, sweet peppers, tomatoes, and broccoli. Factors that inhibit iron absorption include polyphenols (tannins in tea or coffee), oxalates, phytates, and other minerals. The recommended daily intake for iron is 8 mg per day for males and 18 mg per day.

Zinc is found in all organs, tissues (especially muscle and bone), and body fluids cells throughout the body. It helps the immune system fight off invading bacteria and viruses. Zinc is also needed to make proteins and DNA. It also helps with wound healing and is important for proper senses of taste and smell. Great sources of zinc are red meats (especially organ meats) and seafood, such as oysters. Other relatively good animal sources of zinc include poultry, pork, and dairy products. Animal products are thought to provide 40-70% of zinc consumed by most people in the United States. Whole grains and legumes also provide moderate amounts of zinc. Fortified cereals are thought to provide about 30% of the zinc in the U.S. diet. Fruits contain little amounts of zinc. Zinc from plants is absorbed less than that from animal sources like meat.  The recommended daily intake is 11 mg for males and 8 mg for females.

Copper is found in all body tissues and most secretions. The distribution of copper in the body can be categorized as 40% in bone, 24% in muscle, 9% in the liver, and 6% in the brain. Copper carries out various functions, including healthy nerves, bones, collagen, and skin pigment expression. It also aids in iron absorption. Copper, like iron, assists in red blood cell formation. The richest sources of copper are meats (especially organ meats) and shellfish. Plant food sources rich in copper include nuts, seeds, legumes, and dried fruits. Potatoes, whole grains, and cocoa (chocolate) are also good sources of the mineral. The daily recommended amount for copper is 900 mcg per day.

Selenium is important for reproduction, thyroid gland function, DNA production, and protecting the body from damage caused by free radicals and infection. Generally, the richest sources of selenium are seafood, muscle meats, and plants. Organic forms of selenium are found in animal-based foods, mainly as selenocysteine, and in plant foods, mainly as selenomethionine. Inorganic forms of selenium are found in vegetables (e.g., beets and cabbage) and in livestock that has been supplemented with inorganic selenium. Selenium varies greatly in soil, and as a result, the content of foods grown on these soils is also variable. The recommended amount for selenium is 55 mcg per day.

Chromium is a metal that is present in the air, soil, and water. It exists in several oxidation states from Cr2- to Cr6+. However, the most stable oxidation state is the trivalent form, Cr3+, which is the most important in humans. Chromium is thought to enhance the action of insulin; however, it is still unclear. Many studies continue to explore the effectiveness of chromium supplements on improvements in glucose control measures in individuals with type 2 diabetes. Good dietary sources of chromium are generally thought to include meats and whole grains, along with vegetables and fruits. However, few foods have been analyzed to quantify chromium content accurately. The adequate intake amount for chromium is 35 mcg per day for males and 25 mcg per day for females. Most adults in the United States consume about 23-54 mcg of chromium a day.

Iodine plays an important role in the synthesis of thyroid hormones within the thyroid gland. These hormones control the body’s metabolism and many other important functions. The body also needs thyroid hormones for proper bone and brain development during pregnancy and infancy. Iodine content in foods is highly variable and depends greatly on soil concentrations. Seafood, meats, dairy, and eggs are all good sources of iodine. The recommended amount for iodine is 150 mcg per day. Goiter, an enlarged thyroid gland, is often the first visible sign of iodine deficiency.

In 1924, the United States began iodizing salt to help prevent goiter and improve intake in regions where soil composition was low.

Fluoride is known as the mineral that combats tooth decay. It assists in tooth and bone development and maintenance. Fluoride combats tooth decay by three different mechanisms: blocking acid formation by bacteria, preventing demineralization of teeth, and enhancing the remineralization of destroyed enamel. Solid foods do not contain a large amount of fluoride.  The fluoride content in foods depends on whether it was grown in soils and water that contained fluoride or cooked with fluoridated water. More than 70% of a person’s fluoride comes from drinking fluoridated water. Even though they should not be consumed, most toothpaste and mouthwashes contain fluoride that can slightly add to the daily fluoride intake. Most people in the United States get enough fluoride from what they eat and drink and ant dental products they use.

Nutrition Essentials by Stephanie Green and Kelli Shallal is licensed under a Creative Commons Attribution-NonCommercial-ShareAlike 4.0 International License, except where otherwise noted.