Water makes up about 60% of an adult’s total body weight. It plays a key role in many body functions such as chemical reactions, body temperature control, blood volume maintenance, lubrication, and protection. Water also serves as a solvent and transport medium. Electrolytes are what help distribute and move water throughout the body. Electrolytes are minerals in your body with an electric charge, such as sodium, chloride, potassium, calcium, phosphate, and magnesium. This chapter will review water and electrolytes’ functions, the importance of fluid balance,  and the consequences of disrupting the fluid balance.

Functions of Water in the Body

Water is the most critical of all the nutrients, as its absence proves lethal within a few days. Water is used throughout the body and can be categorized into four basic functions:

Water is called the “universal solvent” because more substances dissolve in it than any other fluid. Molecules dissolve in water because of the hydrogen and oxygen molecules’ ability to loosely bond with other molecules. The solvent action of water allows for substances to be more readily transported. Examples of body fluids containing these solutes include blood, urine, saliva, bile, and pancreatic juice.

Water is required for even the most basic chemical reactions. Water is an ideal medium for chemical reactions as it can store a large amount of heat, is electrically neutral, and has a pH of 7.0, meaning it is not acidic or basic. Additionally, water is involved in many reactions as an agent to break bonds or to form bonds.

Water is the main component of the lubricating fluid between joints and eases the movement of bones. The fluid in the eyeball, around the brain, and in the spinal cord is primarily water and buffers these organs against sudden environmental changes. Watery fluids surrounding organs provide both chemical and mechanical

protection. Just two weeks after fertilization, water fills the amniotic sac in a pregnant woman providing a cushion of protection for the developing embryo.

Additionally, nasal mucus, also commonly referred to as snot, is also a front-line defense against injury and foreign invaders. It is composed of more than 90% water and helps discharge nasal irritants, lubricate cells in the lungs to enable you to breathe, transports nutrients along the gastrointestinal tract, and aids in eliminating waste materials through the rectum.

Human life is supported within a narrow range of temperatures. The temperature set point of the body is 98.6°F (37°C). Too low or too high of a temperature causes enzymes and metabolism to halt. Too cold and the muscles fail, and hypothermia sets in. At the opposite extreme, if it’s too hot, the central nervous system fails, and death results. The body has multiple ways to move body water around, distribute or share heat and equalize body temperature. Also, water is good at storing heat, which means that it helps the body maintain temperature despite changes in the surrounding environment; this is how you can stay warm during a snowstorm and cool during hot Arizona summers. Additionally, other methods regulate heat, such as sweating, which releases heat, or shivering, which helps your body generate heat.

Importance of Electrolyte Balance in the Body

While water makes up the largest percentage of body volume, it is not pure water.  Instead, it is a mix of water and cells, proteins, glucose, electrolytes, and other substances.  How water moves around within the body is regulated by moving electrolytes in and out of cells.  The key electrolytes in the body are sodium, chloride, and potassium.

Sodium is the primary regulator of water balance and plays an important role in nerve transmission, muscle contraction, nutrient absorption, and reabsorption. The kidneys control how much sodium is in the body. When there is too much sodium present in the body, the kidneys have difficulty getting rid of it, which causes it to build up in the blood. This can lead to high blood pressure and other health problems. The American diet’s major sodium source is salt, which is made up of sodium chloride, and processed foods are high in sodium.   This includes fast and processed foods like pizza, chips, and condiments. The sodium present in foods such as milk, meat, eggs, and most vegetables only makes up about 10% of consumed sodium. The Dietary Guidelines recommend consuming less than 2,300 mg of sodium per day. For reference, one teaspoon of salt provides 2,300 mg of sodium. Most people exceed this recommendation by approximately 3,400 mg each day.

Chloride aids in fluid balance by helping to maintain neutrality. Chloride also plays a role in controlling fluid releases, such as the flow of pancreatic juice into the small intestine and mucus. Food sources of chloride include tomatoes, lettuce, celery, and olives. Chloride is also found in table salt, sea salt as sodium chloride, and a salt substitute known as potassium chloride. The recommendation for chloride is less than 2300 mg a day.

Potassium is the most abundant positively charged ion inside of cells. It is present in all body tissues and is required for normal cell function due to its role in maintaining fluid balance. It is important for many body functions, including kidney and heart function, muscle contraction, and nerve transmission. Potassium is abundant in fruits and vegetables, which are great food sources. Foods exceptionally rich in potassium include potatoes, tomatoes, avocados, bananas, orange juice, and vegetables such as root and leafy green vegetables.  It is mainly added as a part of a salt substitute. The average recommended daily amount is 3,400 mg for males and 2,600 mg for women. 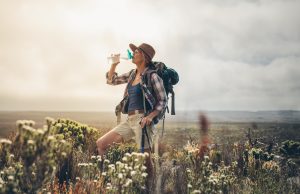 Consequences of getting too much or too little water and electrolytes

As with all nutrients, having too much or too little water has health consequences. Overhydration is excessive water intake, not a common situation, which can dilute electrolytes’ blood levels. Electrolytes are critical to the body’s functioning; the body can become impaired and lead to death.

Dehydration is having too little water in the body and is quite common. The number-one cause of early-childhood death worldwide is diarrhea-induced dehydration.  Chronic dehydration is linked to higher incidences of some diseases. There is strong evidence that dehydration increases the risk of kidney stones and exercise-induced asthma. Additionally, dehydration is the primary cause of heatstroke.  Heatstroke is when the body gets so hot that the body’s cooling systems cannot correct the situation.  Signs and symptoms are dry skin, dizziness, trouble breathing, rapid pulse, confusion, agitation, seizures, coma, and possibly death.

High blood pressure, also called hypertension, is common in chronically dehydrated people. When the body’s cells lack water, the brain sends a signal that causes blood vessels’ tightening. This increases the force of blood flowing through the blood vessels. When your blood pressure stays high over time, it causes the heart to pump header, possibly leading to serious health problems.

One effective measure to decrease blood pressure is to reduce sodium intake. One good way to lower your sodium intake is by following the DASH diet. DASH stands for Dietary Approaches to Stop Hypertension and suggests ways to avoid excess salt in the diet, such as reducing the number of prepared foods that you eat. The DASH diet is based on eating meals rich in fruits and vegetables and low-fat or non-fat dairy, with whole grains. It is a high fiber, low to moderate fat diet, rich in potassium, calcium, and magnesium. The DASH diet is a healthy plan designed for the whole family. 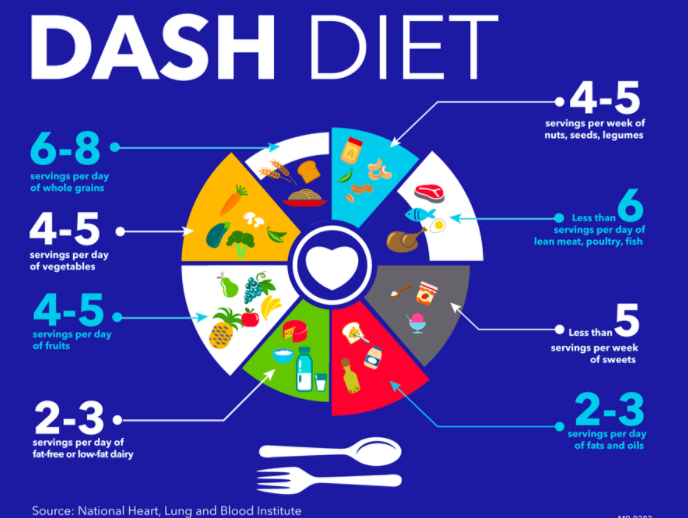 In 1974, the US federal government enacted The Safe Drinking Water Act to help provide the American public with safe drinking water.  In the decades immediately following the implementation of water chlorination and disinfection methods, water-borne illnesses, such as cholera and typhoid fever, essentially disappeared in the United States. The treatment of drinking water is touted as one of the top public-health achievements of the last century.  If you have questions about your tap water safety, visit the municipality’s website in which you live. They are required by law to provide this information to the public.  For most of America, tap water is safe to drink. Still, occasionally problems occur, such as the case in  Flynt, Michigan, where there were unsafe levels of lead present in tap water due to inappropriate choices made by the city government officials.

Water is usually the best choice before, during, and after physical activity. However, some individuals may benefit from a sports drink if they sweated a lot during intense or long-term activity. An example of this can be a runner or cyclist in a long-distance event. Sports drinks help replace water and electrolytes lost through sweat. It is important to keep in mind that sports drinks may contain sugars and have little nutritional value. 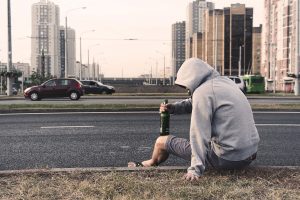 Alcohol is both a beverage providing some sustenance and a drug. For thousands of years, humans have created and consumed alcohol. It is consumed in just about every country and often in excess. Alcohol is a psychoactive drug. A psychoactive drug is any substance that crosses the blood-brain barrier, primarily affecting the functioning of the brain, be it altering mood, thinking, memory, motor control, or behavior.

The US Dietary Guidelines define moderate alcohol intake as no more than one drink per day for women and no more than two drinks per day. A standard drink is equivalent to 12 ounces of beer, 5 ounces of red or white wine, or 1.5 ounces of distilled spirits. The recommendation is lower for women because women absorb and metabolize alcohol differently than men. Research has discovered that women produce smaller quantities of an enzyme called alcohol dehydrogenase (ADH), which is released in the liver and breaks down alcohol. Women also tend to have naturally higher body fat levels, and fat is known to retain alcohol, so its effects last longer in the body. 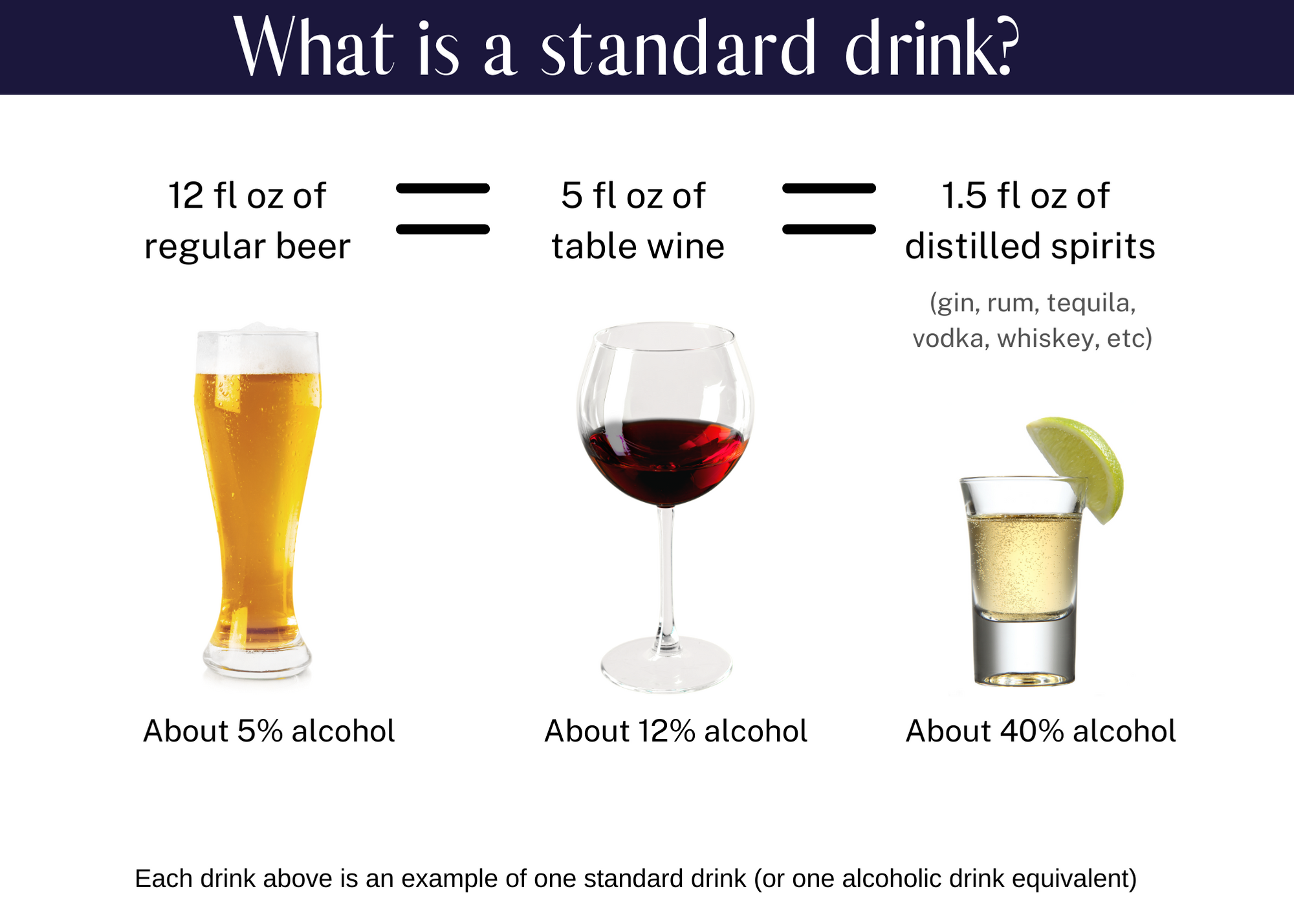 The liver metabolizes alcohol. The liver can only metabolize approximately one drink an hour.  If you drink more than that, the alcohol stays in your bloodstream instead of being filtered out and is in your breath, sweat, and saliva, which is why a breathalyzer test is effective for detecting alcohol.

If you consistently drink more alcohol than your liver can metabolize, your liver will suffer damage, which results in scarring.  New cells divide and create clusters around the scars, but the liver becomes less able to filter as it develops more scars.  Alcoholic liver disease occurs after years of heavy drinking. Men are more likely to have this problem. However, women may develop this disease after less exposure to alcohol than men. Over time, cirrhosis can occur, which is the final phase of alcoholic liver disease, and it is not reversible. 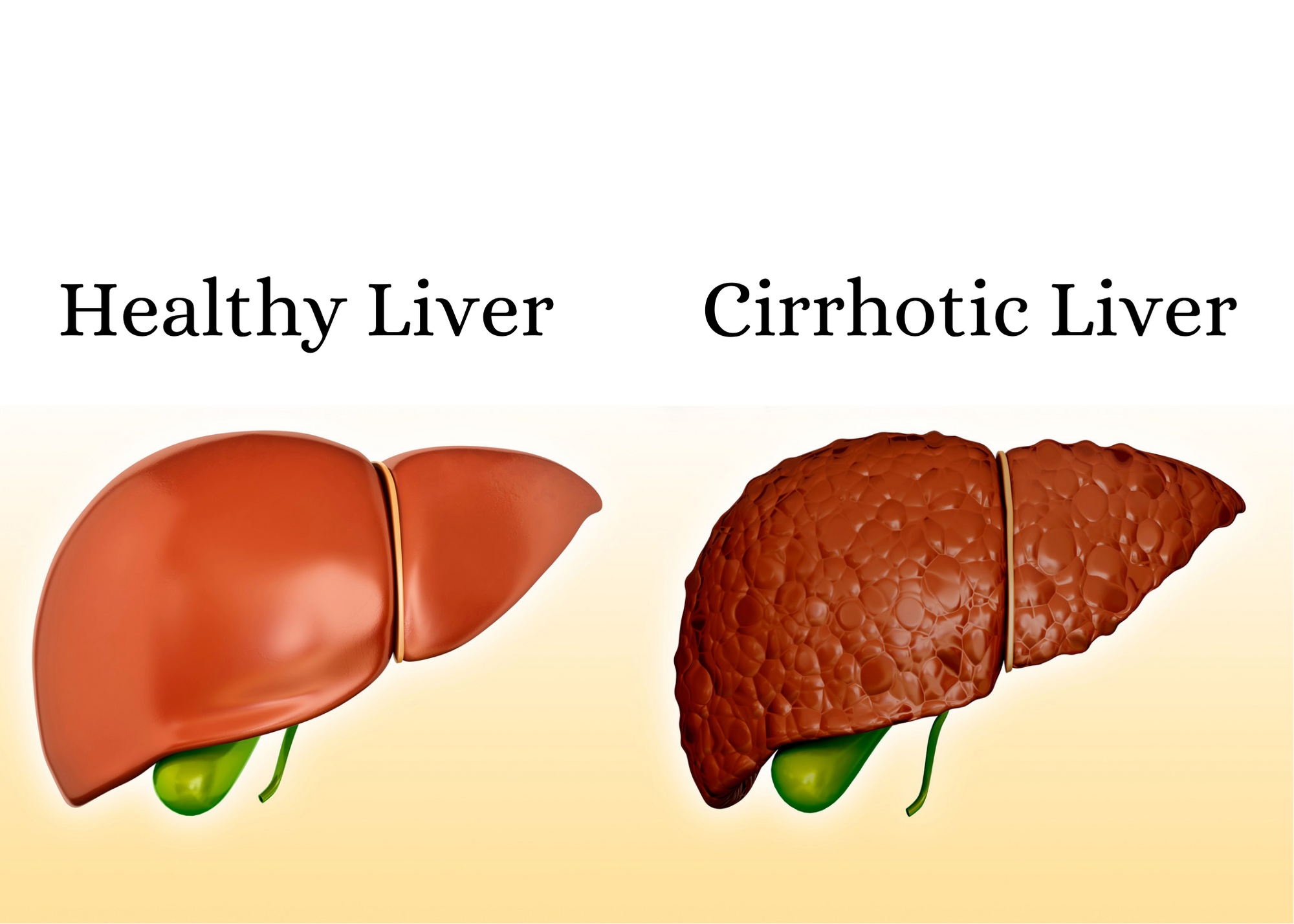 Nutrition Essentials by Stephanie Green and Kelli Shallal is licensed under a Creative Commons Attribution-NonCommercial-ShareAlike 4.0 International License, except where otherwise noted.